Many Americans of traditional view find Japanese girls attentive, obedient wives and caring mothers, quiet, submissive, deprived of a voice, and many rights in society. However, such a simplified interpretation of a Japanese woman’s image does not correspond to life’s real state. Follow through the article to meet Japanese girls as they genuinely are and discover the beauty of building relationships with them.

Reference to history shows that women in Japanese society have always had a very high status. So, in contrast to Greek, in Japanese mythology, the goddess of the Sun, who ruled eight million deities, Amaterasu (天照大御神), is a woman. And since ancient times in Japan, it has been assumed that women have a unique, supernatural power that allows them to communicate with the gods. Again, it should not be forgotten that there was a matriarch in Japan until the first half of the 14th century. Among the farmers, fishers, and merchants who constituted the majority of the population, women, working on an equal footing with men, were equal members of society and enjoyed the same degree of freedom (including the matter of love and marriage).

At the same time, the way of life of women belonging to the class of elite for many centuries was determined by Confucian ethics, which prescribed to the woman “three obedience”: in youth — father, after marriage — husband, in old age — children, and also assumed other restrictions. 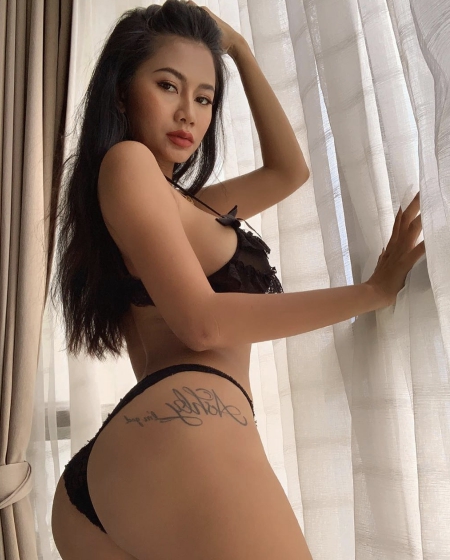 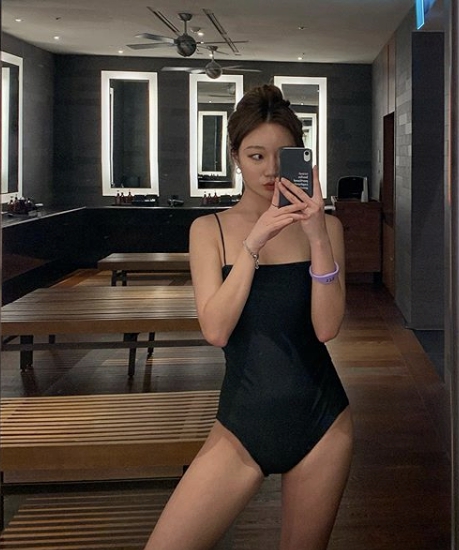 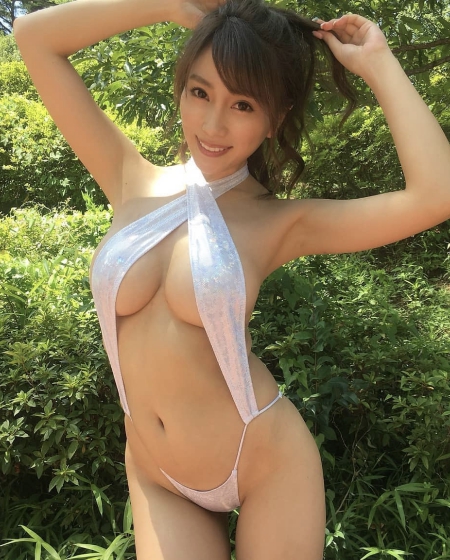 Japanese marriage traditions disclose the core of attitude towards dating and romance among Japanese women in general. There is a concept of “miai” (見合い, literally ‘look meet’) in Japanese culture. It is a traditional Japanese custom similar to western matchmaking traditions when a woman and a man meet each other through third parties considering marriage’s further possibility. It is interesting to note that many researchers, including Japanese ones, believe that the “miai” tradition has held firm in Japanese society. After World War II, the younger generations of Japanese gradually adopted the western style — the marriage by love.

However, in the Edo era (1601-1867), marriage was conspiratorial by the samurai class, representing less than 10 percent of the population. The wedding customs of farmers, who accounted for over 80 percent of the Japanese people, were quite different. In the villages, there was an unwritten rule: everyone should have a love match to marry.

It was only after the Meiji Restoration (1868), which began the modernization process in Japan when the strict class differences were abolished that the samurai class of earlier times was extended to the whole society meant the loss of power and equality for women. So modernization in Japan has limited the freedom and equality of women. Note that this happened a little over a century ago. From that time, a male-dominated hierarchical society began to take shape in Japan, where a woman’s sphere of activity was confined to the home. Her role as a housewife was consolidated.

However, due to the post-war democratic changes directly influenced by Americans, women’s status in Japanese society has undoubtedly improved significantly.

So how to impress ladies from the land of the rising Sun who have such a cultural background in their consciousness. In the sense of full disclosure, it worth mentioning that modern Japanese girls are not focused on marriage as they used to be. Nowadays, Japanese women do not seek to marry because, having received an education, all efforts are made to realize their career and become financially independent. This is a traditional practice: it is not customary to delay a child’s birth after marriage — no wonder those who aren’t ready for motherhood don’t rush to go to the aisle. At the same time, it is not acceptable to have a child “for yourself” here at all; it is not encouraged to give birth outside marriage too. On the contrary, they love an easy time spending on meet-ups and dating.

If a westerner man considers meeting girls in Japan, one must also take into account Japanese single girl temper. According to a recent study, the following are some of the main reasons why Japanese women preferred to end their romantic relationship with a foreigner:

Keeping in mind the upper-mentioned, here are some tips on how to meet Japanese women and impress her on a date.

Nowadays, most of the acquaintances take place via the web. Even if you have virtually no knowledge of Japanese, you can still communicate easily, as many young Japanese girls know English well. Feel free to start your conversation. Because the Japanese women, often, even if they want to write, will be waiting for the first move from you because of their modesty and mentality.

This paragraph refers to the moment when your date takes place live. It is believed that on first dates, the couple may well share the bill. But a Japanese woman will surely expect you to take on a romantic role and give it a treat. It will be a beautiful gesture that she will appreciate. If you prefer to go Dutch at the restaurant, this could be your last date with a Japanese girl.

Be Attentive To Details

How do you know that a Japanese girl likes you? Only by the signs. Since childhood, Japanese people learn to read gestures and facial expressions, feel the interlocutor, and one’s attitude. Sometimes a distant-looking girl can be in love with you for a long time.

If you try too hard when you first text a Japanese girl, she’ll know it. Keep in mind, you have to be yourself and not try to impress her by talking like you would never say in your life. The worst part is, for a Japanese girl, all your maneuvers may be evident. Don’t forget, your interviewee is probably a little nervous, too. That should make you feel more relaxed. Just be yourself and don’t worry about everything being perfect.

To meet Japanese singles online, you may start with browsing various deai-kei (出会い系 online dating) services. There are tons and dozens of them. However, you can narrow down your search by checking the following three top-options. Going through these leaders in the niche, “How to meet Japanese girl online?” will no longer be a question for you.

FindAsianBeauty is an unquestionable leader in the market of dating services. The overall number of users hits several million. Hence, your chances to meet Japan girls are significantly high. A vast range of communication features (from direct chatting to sending virtual gifts) will make your membership on the platform a genuine romantic adventure. As you enter the site, you will be stunned by pictures of charming Japanese singles willing to get acquainted with. The advanced searching tool allows you to meet Japanese lady by several parameters: from age and physical traits to life attitude, hobby, and so on. Besides, a sophisticated matchmaking algorithm will suggest a Japanese beauty that will more likely meet your expectations regarding your preferences. On top of that, reliable customer service available 24/7 will leave rest assured that your private data and information will be secured and protected.

If you are seeking where to meet Japanese women online, you might hit the spot with the DateAsianWomen service. The extended searching tool allows you to browse Japanese women by their age, weight, height, education, hobbies, attitude towards various habits, and zodiac sign if needed. The registration process is smooth and easy, and it is a matter only of a few minutes to finish it. After you finish it, you will be free to browse tons of Japanese and other Asian females profiles. For those whom you would be interested in the most, you can send virtual gifts and even flowers. What is even more significant is that you can arrange video calls with Japanese beauties you are most fond of. It is a very convenient feature, especially before deciding to take your virtual date into real life.

If you don’t want to jump to conclusions or exclusive relationships right from the start, AsianBeautyOnline is your top-notch option. Over a hundred thousand daily active single Japanese women, genuine profiles won’t persuade you to look for other options. No wonder! AsianBeautyOnline has been on the market for twenty years already, and it unquestionably won its reputation among its customers. The service supports any convenient payment option you like: Credit Card, PayPal, and so on. The best part is that the basic features are free of charge. Hence, you can decide whether the platform conveniently meets your expectations and requirements. Payments are involved when it comes to extended search parameters, unlimited messaging, video calls, and virtual gifts. If you are still inquiring ‘How to meet a Japanese girl online?’, every Asian dating site review will lead you to this option.

So, where to meet Japanese girls if you are fascinated by their culture but have no option to visit the land of the rising Sun? There are plenty of dating sites that offer a vast range of communication options. Most of them provide you with a free trial, so you could decide which you prefer better. And indeed there is always an option for buying a plane ticket and taking a chance to meet girls in Japan.

Where Can I Find a Japanese Girlfriend Online?

There are numerous quality dating establishments where clients can sign up and search for beautiful Japanese brides. A reliable way to chat with like-minded women is through EasternHoneys dating platform. When users sign up to add their details and photo to the website, they will be able to make contact with thousands of pretty Japanese ladies. It will be convenient and easy to start chatting with girls because they are keen on meeting American and European men. Japanese women are always online, so it is straightforward.

Can I Marry a Japanese Girl?

Many success stories of foreign men marrying Japanese girls after meeting them through dating websites. The key to making this dream a reality is making sure you treat them well. They must feel very comfortable chatting with you, and you must make them feel safe and secure. Some families like to arrange marriages for their children in Japan. There is a growing number of people that look on dating sites for marriage partners. If you are an international man who desires a Japanese bride, marriage is possible. 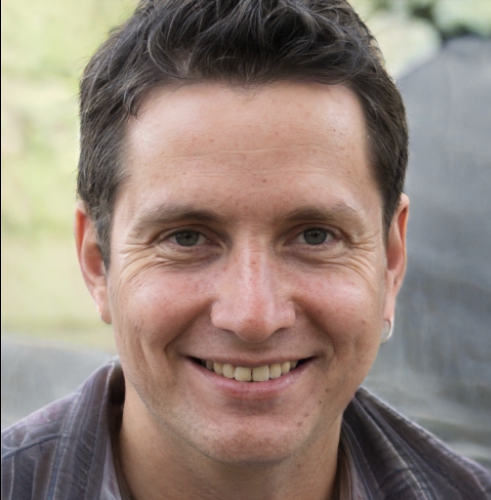